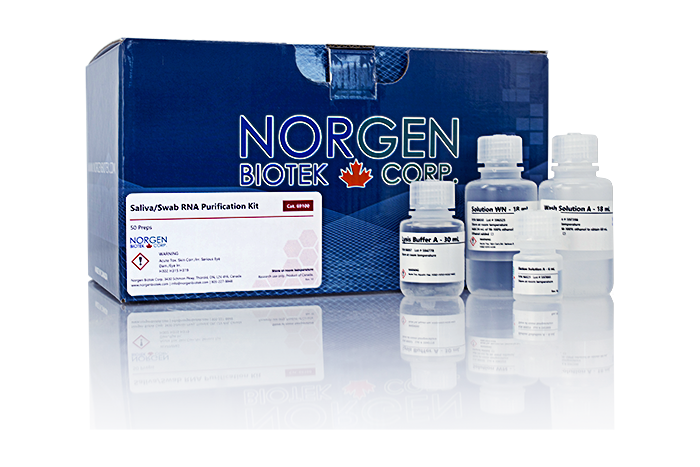 Traditional silica-based technology exhibits a bias towards capturing RNA with high GC content, and RNA fragments with a high molecular weight. Silicon-carbide technology, however, has demonstrated a uniform binding affinity for all RNA species (including small RNAs; 200 nt or smaller). This offers researchers and clinicians a more complete picture of the sample’s true RNA profile thus avoiding any false-negative results that could be caused due to the bias exhibited by the silica-based technology.

The sensitivity of most commercially available diagnostic viral qRT-PCR detection kits are highly affected by the RNA quality that is used for viral detection. Norgen’s SiC technology yields viral RNA with the highest quality enabling the detection of as low as 400 copies/mL of saliva (i,e, 10 viral copies/PCR reaction). This is ideal for the detection of ultra low viral loads particularly in asymptomatic and recovering patient samples.

The fact that SiC technology doesn’t exhibit any bias towards RNA sizes/sequences is advantageous considering the finding that nucleic acids stored in viral transport media (VTM) can degrade over time. This generates fragmented viral RNA that will be efficiently captured using Norgen’s SiC technology. On the contrary, silica-based technology won’t be able to efficiently capture such fragmented viral RNA causing false-negative results. The use of SiC technology ensures the accurate detection of SARS-CoV-2 regardless of time-dependent viral RNA degradation. 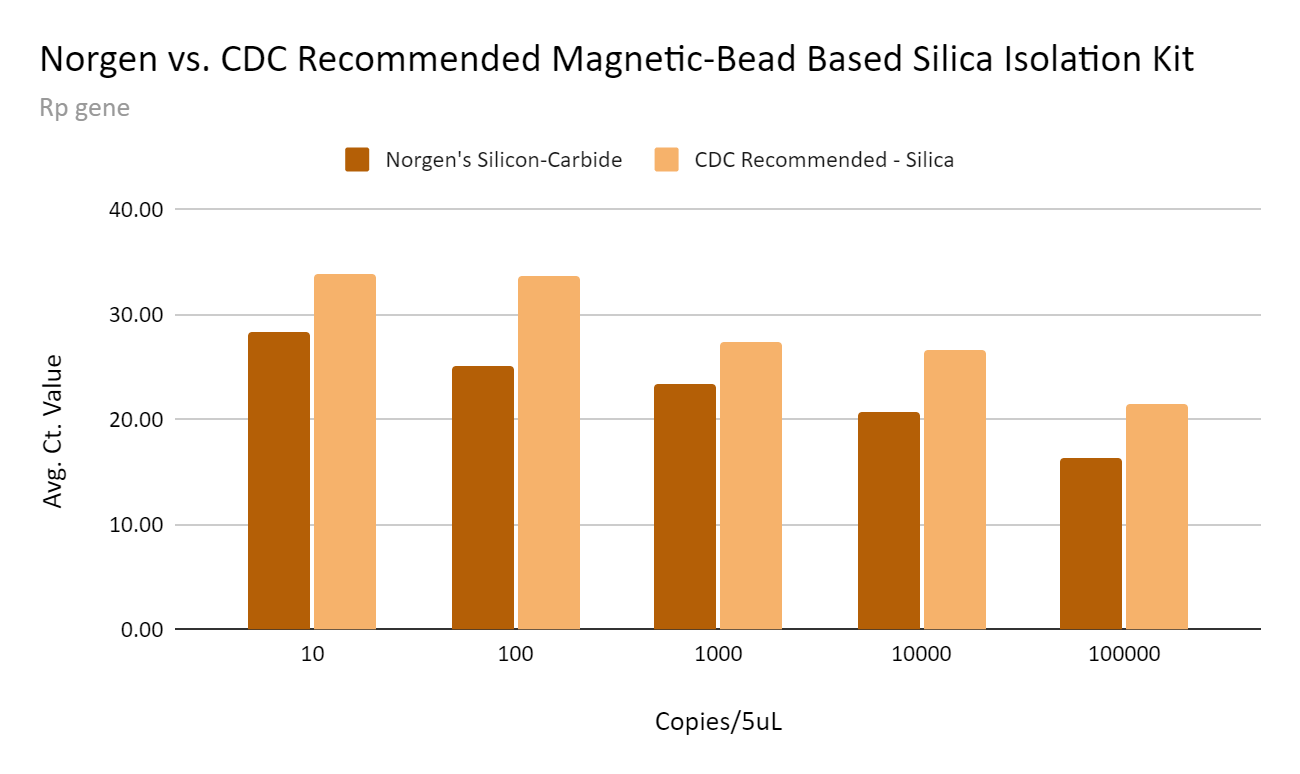 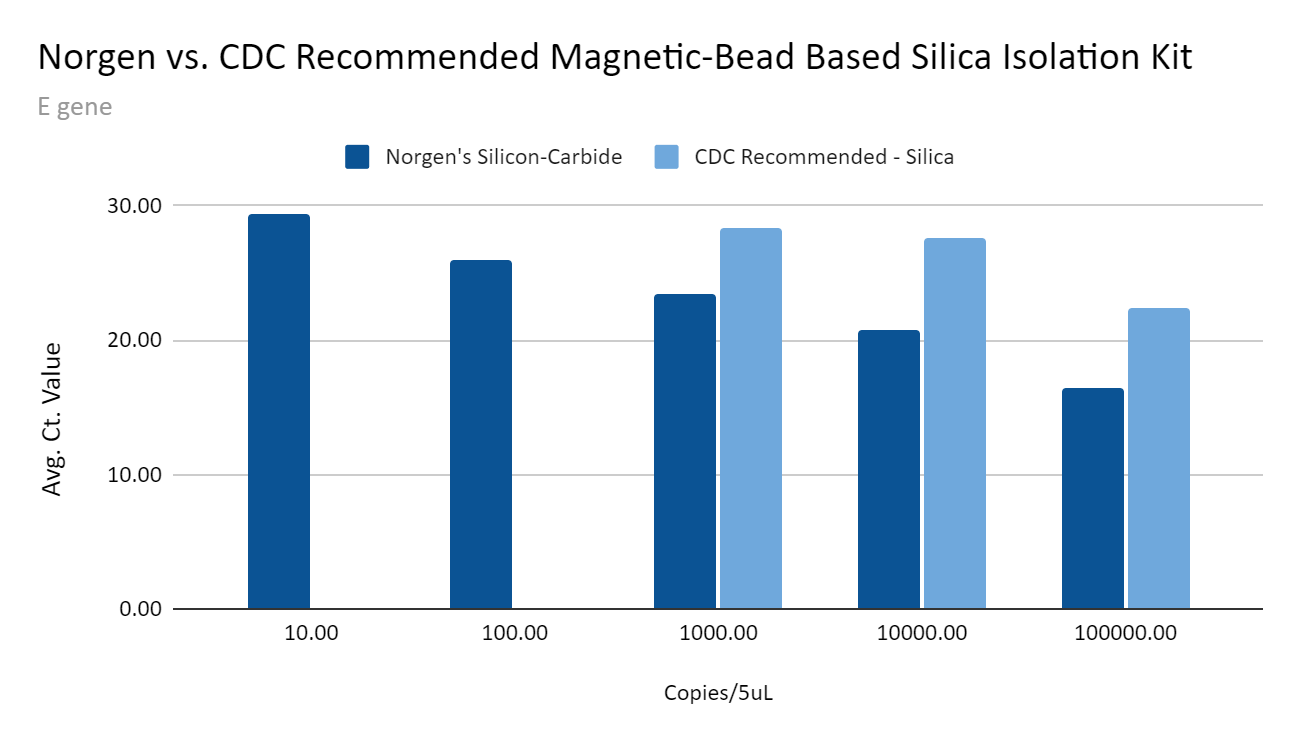 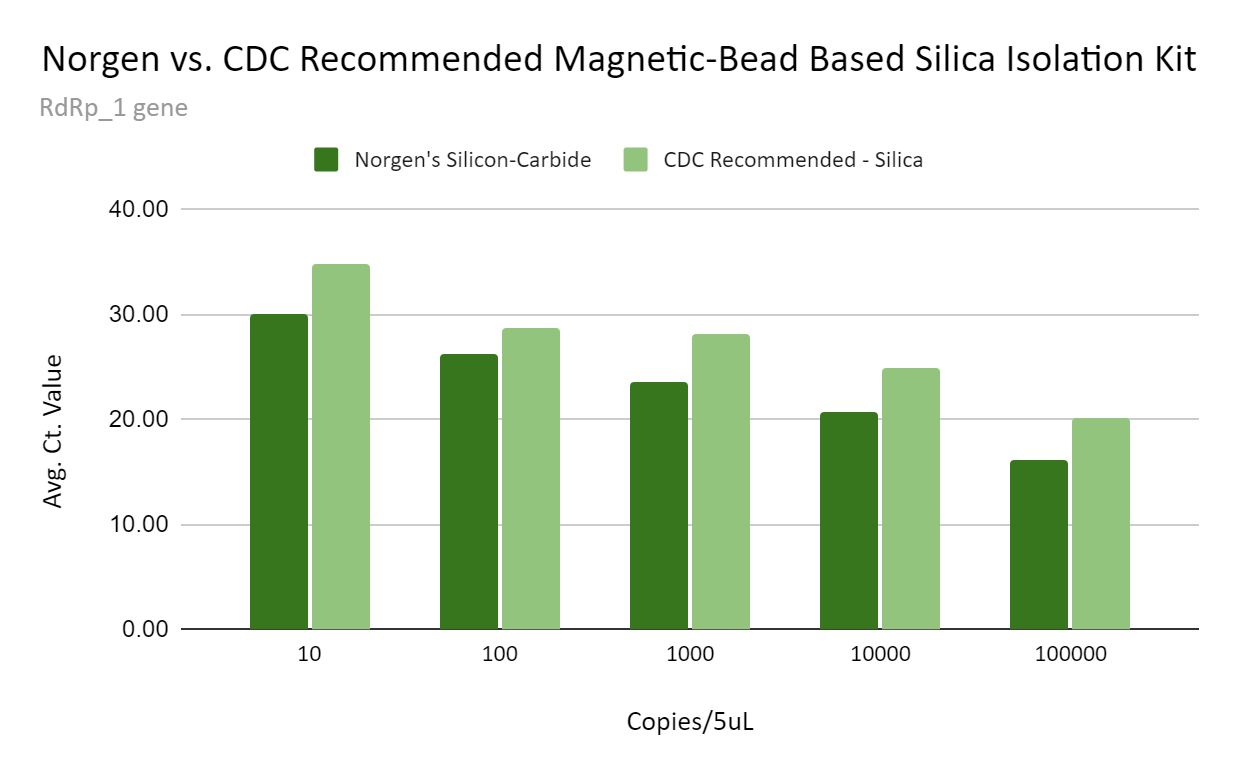 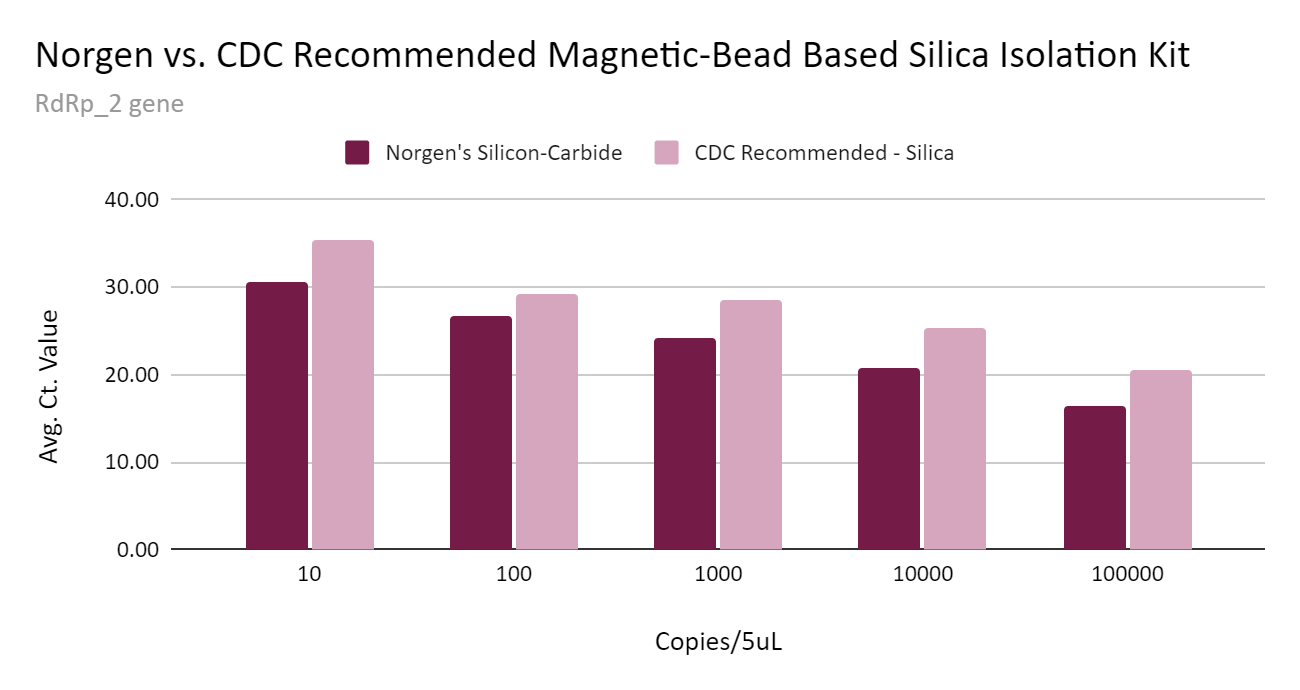 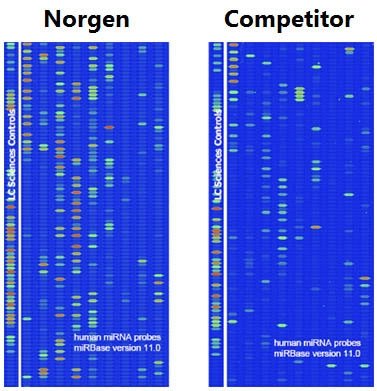 The use of hazardous chemicals for extracting nucleic acids, such as phenol/chloroform, can be laborious and are not amenable to high-throughput processing.

The use of universal transport media (UTM) and VTM is a common practice in disease screening programs. However, samples stored in these media leave medical laboratory technicians potentially exposed to infectious samples.

RNA extractions that include lytic buffers like Norgen’s Lysis Buffer A and Buffer RL are ideal for sampling methods that utilize UTMs and VTMs as they render the UTM/VTM samples non-infectious.

If you want to put Norgen Biotek’s Saliva/Swab RNA Purification Kit (69100) to the test, simply request a sample or view our Clinical and Life Sciences portfolio.